Warren Rodwell; former soldier, university English teacher, prolific world traveller, and hostage survivor. Born at Homebush in Sydney, he grew up in Tamworth NSW, and is one of the longest held Australian captives out of war. The songs “Situation Not Normal”, “Our Sibling Hearts” and “Eyes of Lies” written by Mr Rodwell can be viewed freely online

A seasoned speaker, Warren is available for television/radio interviews, as well as public and motivational events. www.warrenrodwell.com 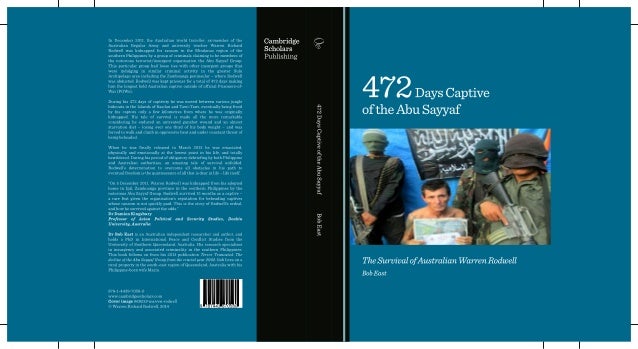